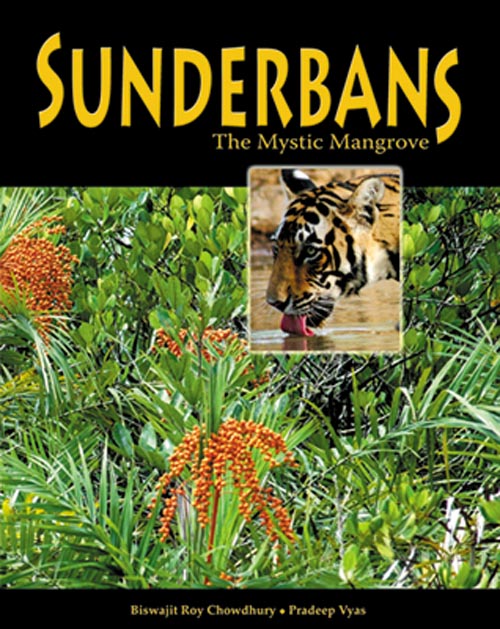 Biswajit Roy Chowdhury is a noted conservationist and also an ace wildlife photographer. He is the Founder Secretary of Nature Environment & Wildlife Society and Editor of the wildlife magazine Environ. His other publications on wildlife are Natural Wonders of Asia, Natural Wonders of India & Nepal,The SunderbansÃƒÂ¢Ã¢â€šÂ¬Ã¢â‚¬Âa pictorial field guide, Wildlife of Kolkata, Bone Bone Berai, Bharater Banyoprani o Abhayaranya and Paschim Banglar Pakhi.
Pradeep Vyas is an officer of the Indian Forest Service. He was the Field Director of Buxa Tiger Reserve and at present holds the office of the Field Director of the Sunderban Tiger Reserve as the Special Chief Conservator of Forests. He has implemented many modern techniques to minimize man-tiger conflict and anti-poaching activities in the Sunderbans. His earlier publication was The SunderbansÃƒÂ¢Ã¢â€šÂ¬Ã¢â‚¬Âa pictorial field guide.

The Sunderbans, the worldÃƒÂ¢Ã¢â€šÂ¬Ã¢â€žÂ¢s largest mangrove expanse, are nothing less than a hub for naturalists and scientistsÃƒÂ¢Ã¢â€šÂ¬Ã¢â‚¬Âa treasure trove for nature and wildlife photographers and a wonderland for tourists from all over the world. With a unique eco-system, two high tides and two low tides each day, this terrain is very difficult to negotiate, both for man and animal.
Here the tiger strives hard to catch its prey while the deer is equally vigilant to defend itself from the predator. In such typical natural conditions, all animals have learnt to adapt to the environment.
Here, man learns to co-exist with nature despite all adversities. Numerous references to the Sunderbans have been found in ancient Hindu literature, such as the Upanishads and the epics, the Ramayana and the Mahabharata reinforcing its uncanny aura of mysticism.
Sunderbans: The Mystic Mangrove is a lavishly illustrated and vivid account of this paradise created by God, and is today a UNESCO World Heritage Site.

Be the first to review “Sunderbans: The Mystic Mangrove” Cancel reply