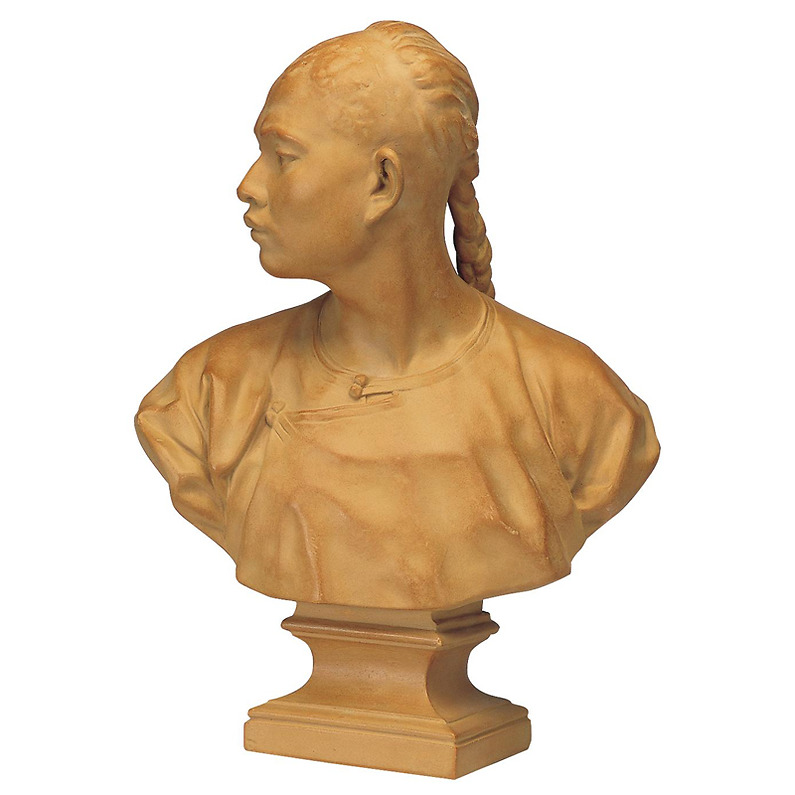 Of modest origin, Jean-Baptiste Carpeaux had a difficult youth. Admitted in 1844 at the school of fine arts (Ecole des Beaux-Arts) in Paris, he entered Rude’s studio in 1846.
He was noticed by Napoleon III and commissions soon followed, namely “The Dance”, a group for the faÃ§ade of the Opera as well as four parts of the World for the Fountain of the Observatoire.
An outstanding technician, he may be considered as an impressionist in sculpture. He managed to blend grace and power and overcomes the anecdotal, the superficial and transitory fashions.
This bust is a study for the figure of the “Asia” representing one of the four parts of the world for the Fountain of the Observatoire in Paris.
In August 1867 Carpeaux receives an order from the parisian Prefect for a monumental fountain to adorn the Luxembourg Gardens. It was inaugurated in August 1874.
(Donation Madame ClÃ©ment-Carpeaux, 1934-1939).

Be the first to review “The Chinese man” Cancel reply