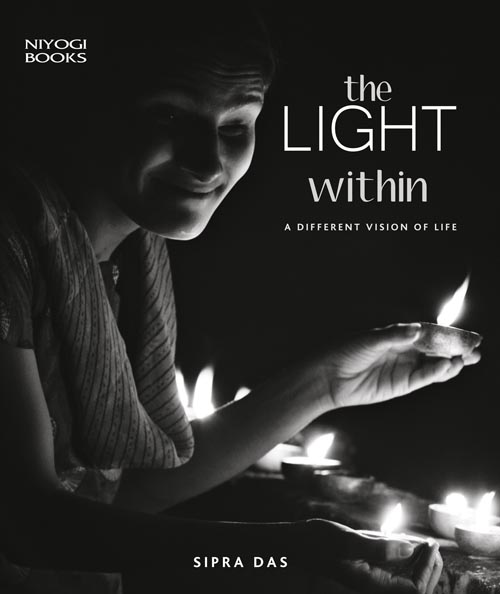 The Light Within: A Different Vision of Life

:
Sipra Das is a leading Indian photojournalist who has exlored various aspects and phases of Indian life,history and politics with an unfailing eye for detail. She currently works with India Today, a magazine that she joined in 1991. A Master of Arts in Islamic History from the University of Calcutta, she is an Associate ofthe Department of Photo-journalism of the Royal Photography Society,London. Beginning her career as a photog-rapher in 1983 with the Ananda Bazar Patrika group of publications in Kolkata, she joined the Press Trust of India in 1987. She developed the PTI photo service in Kolkata before moving to New Delhi to take charge of the news agencyÃƒÂ¢Ã¢â€šÂ¬Ã¢â€žÂ¢s national photo coverage. Amid the hurly-burly of news photography that has seen her travel to trouble spots and disaster zones in various parts of India in search of images of historic worth she found time to document the lives of the visually challenged all across the country. She has been shooting photographs for this book for well over a decade.

ABOUT THE BOOK
:
When Sipra Das first envisaged a book that would capture the lives of the visually impaired, she did not want it to inspire the usual blend of sympathy and pity, instead she wanted the book to evoke a sense of awe and empathy. The book presents the stories of individuals who have survived to not only pursue their interest but also excel at it. Sangeeta, the daughter of an iron trader in Muzaffarpur, Bihar, is sightless but she runs a residential school for the visually impaired and is also the brains behind Shubham, an NGO dedicated to help poor children in the neighbouring villages. Like her, there are several others who have shown tremendous perseverance in their lives. It is their story that is told in this book.
In The Light Within, readers get a glimpse of such lives which inspire one to look at life in a new way.

Be the first to review “The Light Within: A Different Vision of Life” Cancel reply