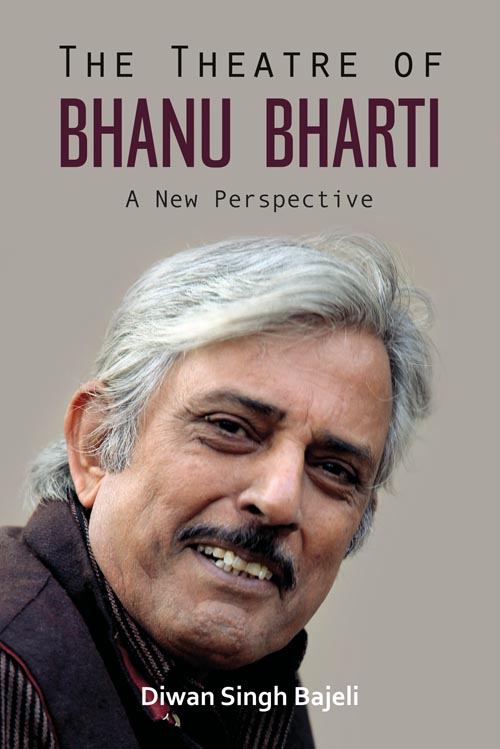 The Theatre of Bhanu Bharti: A New Perspective

:
Diwan Singh Bajeli (1937) hails from Kalet in Almora, Uttaranchal.His reviews and articles on theatre and films have been published in various journals. His articles on the Delhi stage are regularly published by The Hindu. He has also published books on theatre which have been critically acclaimed. Having published short stories, one-act plays and Kumaoni folk tales as well, Bajeli has been closely associated with Sahitya Kala Parishad, Delhi and is Vice- President, Parvatiya Kala Kendra. Honoured as eminent theatre critic by theatre groups and repertory companies, he was awarded Senior Fellowship in theatre (2007) by the Ministry of Culture, Government of India

ABOUT THE BOOK
:
The book traces contemporary Hindi theatre director, playwright and actor Bhanu BhartiÃƒÂ¢Ã¢â€šÂ¬Ã¢â€žÂ¢s life, thoughts, philosophy and vision. It portrays how his unending quest for an Indian theatre idiom and a new theatre language to express contemporary cultural crisis led him to the roots of Indian tribal theatre and the realms of folklore and myth. A detailed, well-aligned review of BhanuÃƒÂ¢Ã¢â€šÂ¬Ã¢â€žÂ¢s stage productions, acting prowess, comprehension of stagecraft, application of the techniques and nuances drawn from world theatre at large and his deft handling of cast and crew contribute to this engaging portrayal of the thespianÃƒÂ¢Ã¢â€šÂ¬Ã¢â€žÂ¢s illustrious career spanning four decades.

Be the first to review “The Theatre of Bhanu Bharti: A New Perspective” Cancel reply