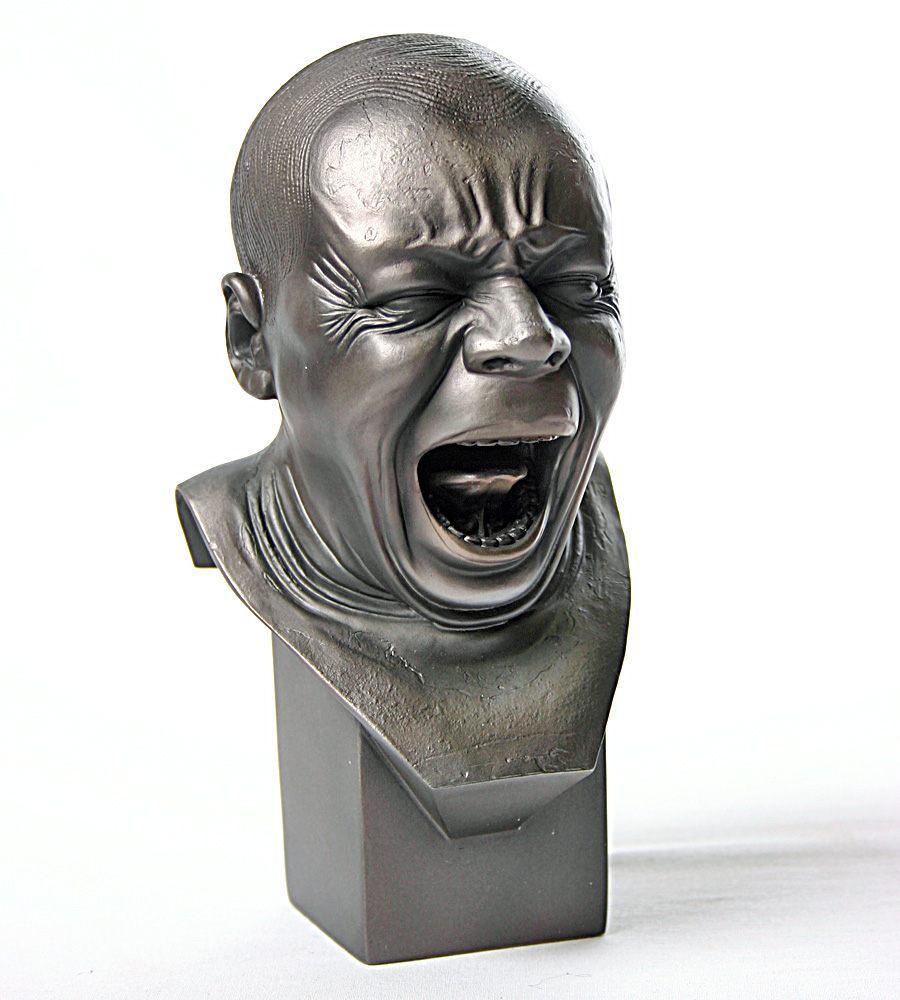 Messerschmitt left behind 55character heads; 17 in alabaster, 36 in metal (usually a tin-copper alloy), one in wood and one in limestone. Her never named them himself and just referred to them as ‘heads’. The name they are known by now and the indication of the moods and characters they portray originated in an anonymous publication that appeared some ten years after his death. The statue head illustrates a Man Yawning. His furrowed brow and tight facial expression demonstrate Messerschmidt’s profound talent at capturing a human gesture. This statue reproduction is part of the Parastone Mouseion 3D Collection of highly collectible museum reproductions.

Franz Xaver Messerschmidt (1736-1783)
Messerschmidt, who was born in Wiesinsteig in the Swabian Alps, learned the basics of Sculpture in Munich from his uncle Johann Baptist Straub, a prominent Rococo Sculptor. Messerschmidt continued his education at the Academy of the Arts in Vienna.

His exceptional talent soon attracted Empress Maria Teresa’s attention and, initially, he had plenty of commissions. After a study trip to Rome in 1765, he started working in an increasingly Classicist style based on ancient Roman busts. Four years later, he accepted a post as a teacher at the art academy. However, his proud, somewhat difficult character led to him being at odds with school’s conservative directors. Soon rumors abounded that his politically incorrect , erratic behavior is due to lead poisoning.

After the death of his patron Martin van Maytens he became disillusioned and isolated within the narrow minded Viennese art world which was deeply intertwined with the court. He started his series of character heads which would later become famous, but there was a dearth of commissions and this led to financial problems for him.
He traveled to Munich via his home town and waited there in vain for an appointment at court for two years. In 1777 he left for Bratislave. His brother – who was also a sculptor – lived there and moreover it was the seat of Hungary’s Hapsburg government. He accepted a number of commissions, but spent most of his time working on his large series of character heads. He was admired by all, but led a reclusive life until his sudden death aged 47.