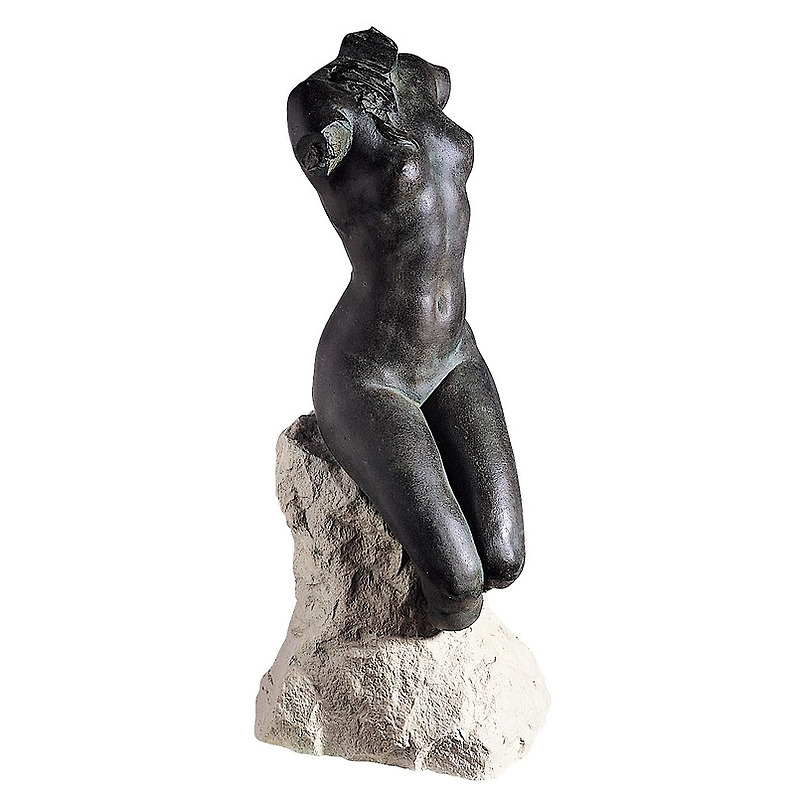 Torso of a Woman

Paul Wayland Bartlett (1865-1925)
This American artist, who was born in Connecticut, started his studies at an early stage under the supervision of his father, a sculptor and art critic. He then continued his training in Boston, followed by Paris where he exhibited a bust at the Salon of 1880.
He was taught by Pierre Cavelier as a student at the Ecole des Beaux Arts, where he met Rodin who had such a great impact on contemporary sculpture. He subsequently sculpted a series of busts and monuments, and exhibited his works regularly at the Salon.
His career was established mainly in Paris where he became part of its official and artistic life, but he also received major commissions from the United States. These commissions included statues of Michelangelo and Christopher Columbus for Washington.
With this torso of a woman, the sculptor is in a more intimate mood. Having decided on an audacious approach, this female body is fragmented, like so many of the antique sculptures that had been discovered. However, it is not the accidents caused by time that have broken up this statue but a deliberate decision by the artist who in this way concentrates the attention of the viewer on this realistic yet fragmentary torso.

Be the first to review “Torso of a Woman” Cancel reply