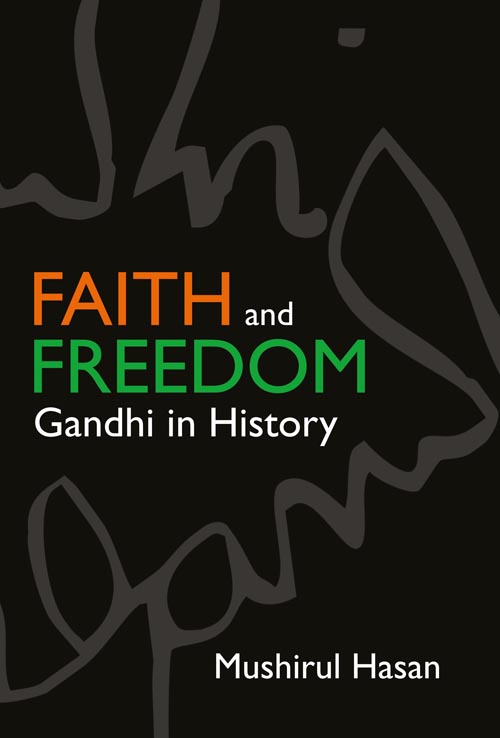 Faith and Freedom: Gandhi in History

:
Professor Mushirul Hasan is an internationally renowned historian, prolific author and former Vice-Chancellor of Jamia Milia Islamia University, Delhi. Professor Hasan has also authored Partners in Freedom:Jamia Milia Islamia (Niyogi Books, 2006);Mutiny Memoirs (Niyogi Books, 2009); and The Avadh Punch: Wit and Humour in Colonial North India (2007) as part of the Punch series brought out by Niyogi Books. He has written extensively on the Partition of India, on communalism and on the histories of Islam in South Asia. Professor Hasan was the elected President of the Indian History Congress in 2002. In 2007, he was awarded the Padma Shri by the Government of India and in 2010 the Ordre des Palmes AcadÃƒÆ’Ã‚Â©miques was conferred upon him by the French Government. He is presently the Director-General of the National Archives of India.

ABOUT THE BOOK
:
Faith and Freedom: Gandhi in History offers a meticulously researched account of GandhiÃƒÂ¢Ã¢â€šÂ¬Ã¢â‚¬Âhis historical background, campaigns, impact on Indian life, and the guidance he still continues to offer in dealing with contemporary problems. The book offers a particularly illuminating and long overdue account of GandhiÃƒÂ¢Ã¢â€šÂ¬Ã¢â€žÂ¢s association with Muslim leaders, and shows how politically tragic religious nationalism can be. Written by one of IndiaÃƒÂ¢Ã¢â€šÂ¬Ã¢â€žÂ¢s leading historians, this book is a must read for everyone interested in understanding the political landscape of modern India.

Be the first to review “Faith and Freedom: Gandhi in History” Cancel reply