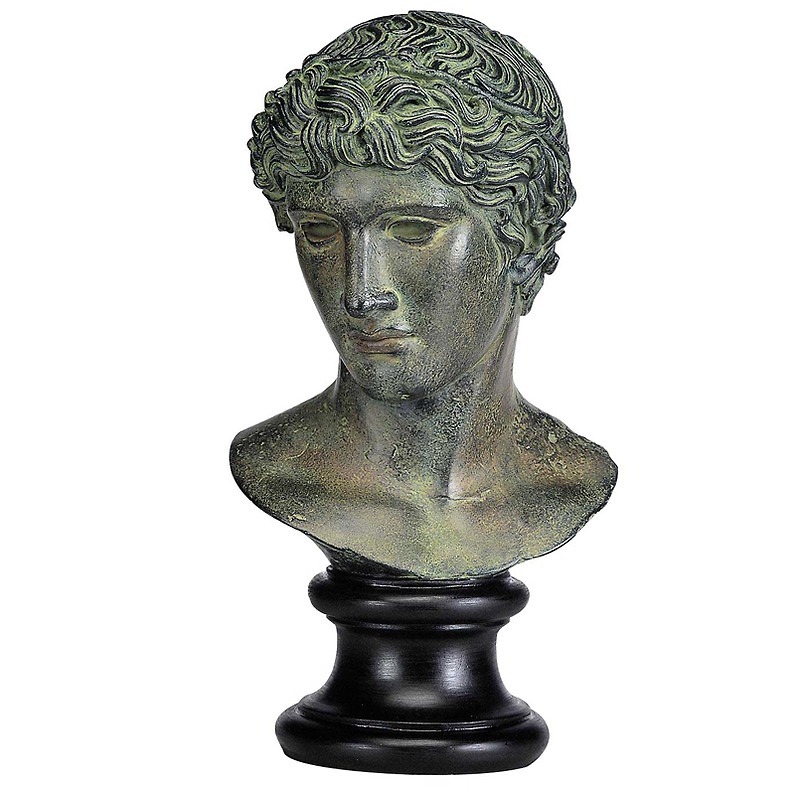 Head of a Victorious Athlete

A great idea for an original gift
The head was set on a bronze or marble pillar and the eyes had glass inlays, while red copper underlined the lips and the brows. The custom of erecting a statue to commemorate the memory of a victorious athlete maintained a long tradition in the Greek world even after the Roman conquest.
Greek Sculpture
The Benevent Head bears the proportions of a facial type set during the 5th century, but following the serious expression of victory a sort of clumsiness with an air of calm meditation indicates a later date of production. This piece probably belongs to the Roman period; the somewhat affected work of the chisel and the elegance under the headband have the kind of perfection encountered in works from the Greek Renaissance, under the reign of Augustus.
Perhaps the Roman bronze artist sought inspiration in a large size Greek statue that has not come down to us. The provenance from Benevent is known from the ancient Tyzkiewicz Collection and confirms this hypothesis : during the Roman period, the region was still, and for a long time, under Hellenistic influence.