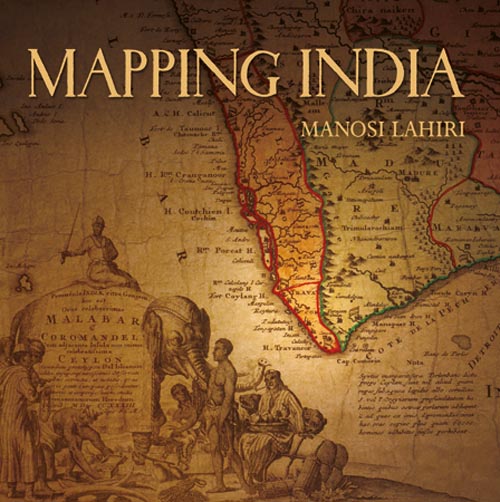 Manosi Lahiri is a professional geographer. She holds a BachelorÃƒÂ¢Ã¢â€šÂ¬Ã¢â€žÂ¢s degree in Geography from the University of Calcutta and MasterÃƒÂ¢Ã¢â€šÂ¬Ã¢â€žÂ¢s degree in Human Geography from University of Delhi. As a Ford Foundation scholar, she took a course in Urbanisation at Centre for Urban Studies, University College, London and read for a MasterÃƒÂ¢Ã¢â€šÂ¬Ã¢â€žÂ¢s degree in Geography of Monsoon Asia at the School of Oriental and African Studies, University of London. She completed her PhD in Geography at University of Delhi.
Manosi was lecturer at Kirori Mal College, University of Delhi and undertook consulting work for several UN agencies. Her interest in Geographic Information Systems (GIS) started when she was a Visiting Fellow at the University of Durham in 1986. She founded ML Infomap, a pioneering GIS company, in 1993 to propagate GIS technology. In the intervening years the company has grown as a leader in the field and is accepted as a standard bearer in geographic information on India. Manosi received the Lifetime Achievement Award from GIS Development at MapIndia 2010.
Manosi has several publications to her credit: The Bihar GIS, and the series Understanding Geography for Middle Schools and Exploring Geography. Her widely acclaimed travelogue, Here Be Yaks: Travels in Far West Tibet, describes the source of the Sutlej and her journeys to Mount Kailash and Lake Manasarovar. Mapping India has been an area of interest that she has pursued for several years.
Manosi has travelled extensively and is a keen reader. She has two daughters and lives in Gurgaon, India.

ABOUT THE BOOK
It began five hundred years ago when the very first modern maps of India were drafted. Travellers, wanderers, explorers and traders came overland from the West and carried back tales about the India of their perception. The first maps of India were drawn based on the accounts of these men. When the sea route to India opened, sailors ferried back information about the ports they touched on their way to India. Marine charts of the routes along the ocean coasts and artistic representations of port cities followed.
As Europeans came in large numbers to trade and conquer, new territories further inland were mapped. The British surveyed and mapped India under their rule to settle borders, calculate tributes, assess taxes and record defence positions. Later, as scientific knowledge and instruments improved, extensive terrestrial surveys and compilation of their results into maps took place. At the end of the colonial period, once again maps identified the boundary between the new nations of India and Pakistan on maps of the sub-continent.
Mapping India presents an overview of important maps that eloquently reflect the changing social and political fortunes of India. These maps speak of the commercial interests and wars that led to the colonisation of India, and show territories the size of countries that were conquered, ceded or controlled through treaties. They also record changed courses of rivers, routes taken by armies, people living in communities in new cities, places where famines occurred, how the highest peak was discovered and named, when native royalty gathered to pay respect to the British Emperor, and the destination to which Mahatma Gandhi marched with his supporters for the salt satyagraha. From the earliest chronicles of India to its post-Independence strides, Mapping India is the story
of India recounted through its maps.

Be the first to review “Mapping India” Cancel reply