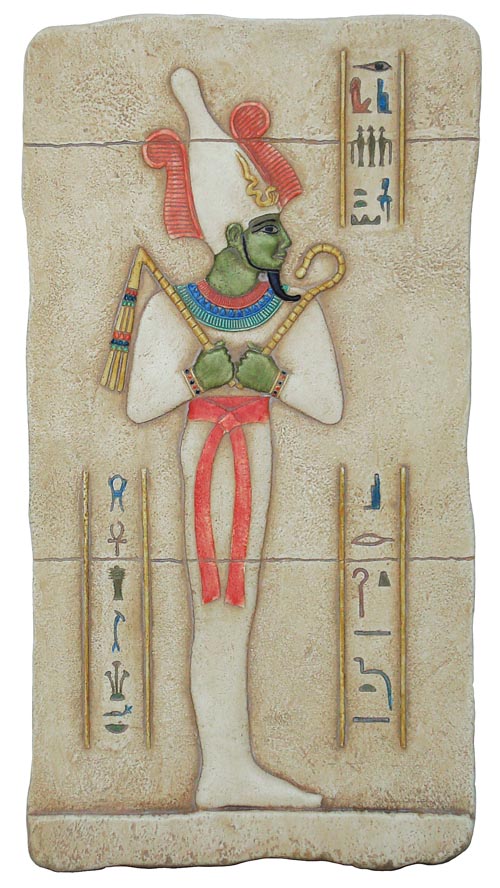 Osiris, the Resurrection God, is the central figure in the afterlife myth and in Egyptian mythology as a whole. His name means “The Seat of the Eye”. To die and be properly prepared for the other life is to become one with Osiris in the underworld over which he rules. Osiris received earthly rule from his father, Geb. His brother Seth envied his hegemony; he enticed Osiris into a chest and flung him into the Nile. His wife sought and found his body and with her own magic powers and the help of Thoth, Nephthys, Anubis and Horus, restored Osiris to life. Osiris, however already belonged to the world of the dead, and although after his resurrection he could have reclaimed his throne, he preferred to maintain his kingdom in the Land of the Dead, leaving his vindication on earth in the hands of his posthumous son Horus.

Be the first to review “Osiris relief” Cancel reply