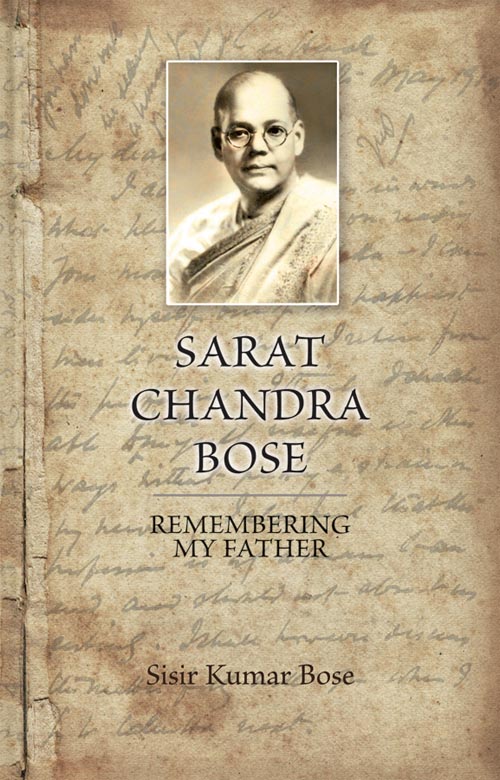 This biography is the story of two exceptional brothers – one a well known barrister and public figure who was a dominant force to reckon with in British India and the other a revolutionary and national hero of this country who set a portion of British dominated India free before 15 August 1947, remembered and revered by the world as Netaji. The brothers – Sarat Chandra and Subhas Chandra Bose (Netaji) hailed from the Bose family of Mahinagar in West Bengal. The family has a long lineage, a rich social and political heritage and an eventful past. The author Sisir Kumar Bose ÃƒÂ¢Ã¢â€šÂ¬Ã¢â‚¬Å“ Sarat ChandraÃƒÂ¢Ã¢â€šÂ¬Ã¢â€žÂ¢s son and NetajiÃƒÂ¢Ã¢â€šÂ¬Ã¢â€žÂ¢s nephew – offers a first person account and an insiderÃƒÂ¢Ã¢â€šÂ¬Ã¢â€žÂ¢s view of the dynamics of and the upheavals in the family during the tumultuous days of the Raj in early and mid-20th century.
The rise of Sarat Chandra Bose as one of the most eminent barristers and public figures of the times has been deftly yet sensitively traced by his son, supported by priceless photographs, letters, pages from diaries and other documents from the family archives and the Netaji Research Bureau. On the 125th birth anniversary of Sarat Chandra Bose, this book is an insightful contribution to the annals of the socio-political history of pre- Independence India.

Sisir Kumar Bose (1920-2000) founded the Netaji Research Bureau in 1957 and was its guiding spirit until his death in 2000. A gallant participant in IndiaÃƒÂ¢Ã¢â€šÂ¬Ã¢â€žÂ¢s freedom struggle, he was imprisoned by the British in the Lahore Fort, Red Fort, and Lyallpur Jail. In the post- Independence period he was one of IndiaÃƒÂ¢Ã¢â€šÂ¬Ã¢â€žÂ¢s leading pediatricians. Even in the midst of a busy professional life, he played a key role in preserving the best traditions of the anti-colonial movement and making possible the writing of its history. Son of Sarat Chandra Bose and Bivabati Bose, Sisir helped his uncle Subhas Chandra Bose in planning and executing the great escape from India in January 1941. He drove Netaji from Calcutta to Gomoh on the first leg of his epic journey. Sisir took active part in the Quit India movement and NetajiÃƒÂ¢Ã¢â€šÂ¬Ã¢â€žÂ¢s revolutionary underground during World War II. After his release from prison in September 1945, he completed his medical studies in Calcutta, London and Vienna andlater went as Rockefeller Fellow to the Harvard Medical School in Boston. He married Krishna Bose in 1955. They have two sons and a daughter.

Be the first to review “Sarat Chandra Bose: Remembering My Father” Cancel reply