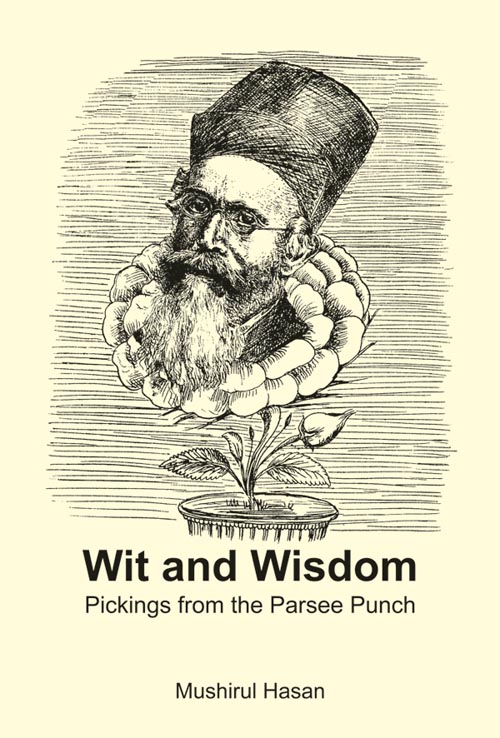 Wit and Wisdom : Pickings from the Parsee Punch

He has written extensively on the Partition of India, on communalism and on the histories of Islam in South Asia. Professor Hasan was the elected President of the Indian History Congress in 2002. In 2007, he was awarded the Padma Shri by the Government of India and in 2010 the Ordre des Palmes AcadÃƒÆ’Ã‚Â©miques was conferred upon him by the French Government. He is presently the Director-General of the National Archives of India. His next book is Gandhi, Islam and The Nation.

ABOUT THE BOOK
:
The Parsee Punch made its mark as the only illustrated comic weekly paper in the Bombay Presidency. It was published in July 1854 at the Apyakhtiar Press by Dadabhai Soheri from 12 Elphinstone Circle, Fort, Bombay. Parsee Punch appeared in four sheets, demy quarto, with English and Gujarati letter-press below the illustrations. Soon, a monthly selection of the cartoon, cuts and sketches appeared as the ÃƒÂ¢Ã¢â€šÂ¬Ã‹Å“Pickings.ÃƒÂ¢Ã¢â€šÂ¬Ã¢â€žÂ¢ Like the London Punch, it contained 24 to 36 pages full of humorous illustrations. Four years later, it changed its name to Hindi Punch to broaden its base. It continued to be published until the 1930s.

Be the first to review “Wit and Wisdom : Pickings from the Parsee Punch” Cancel reply